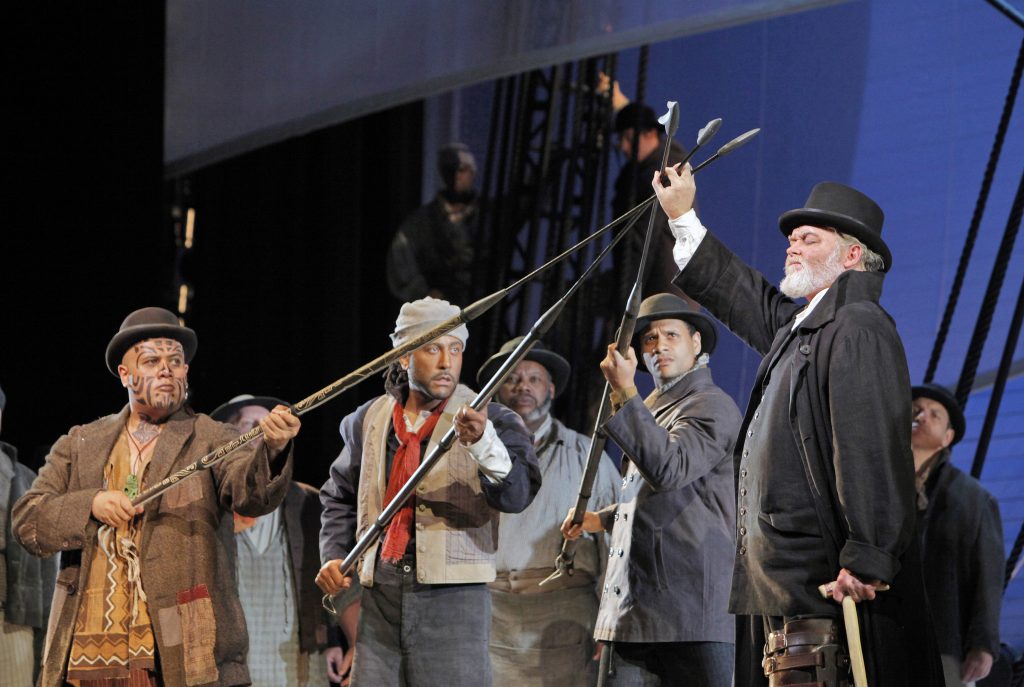 It took John Adams’ Nixon in China a 25-year-long voyage around the world to arrive at its birthplace for the first production in San Francisco. Jake Heggie’s Moby-Dick had a similar journey, but only two years’ worth.

The two operas share not only their place of origin; they are both contemporary works with grand, traditional musical values, and the rare promise of staying in the repertory for the foreseeable future. Beyond that, of course, their subjects and styles are vastly different, and Adams’ many musical innovations have no counterpart in Moby-Dick. 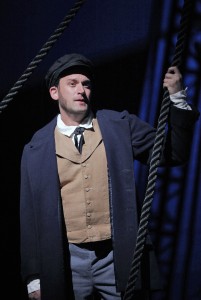 Heggie’s work — with Gene Scheer’s libretto based on Herman Melville’s universally-known, rarely read book — is by far his biggest and best. It is gorgeous, romantic music, perhaps too much so. Ahab’s struggle with the “damn whale” is similar to the gut-wrenching ugly drama of Elektra’s revenge — with music to match Richard Strauss’s stunning listeners with a few brief, utterly beautiful passages lighting up the dark horror of a matricide-in-the-making.

In Heggie’s treatment of Ahab’s insane destruction of crew and ship, those proportions are reversed: 90 percent lyrical beauty, 10 percent stark drama, and even that isn’t exactly a punch in the stomach. It’s a wonderful soundtrack, but perhaps more fitting for another movie. 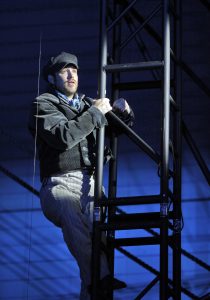 What almost makes up for the relative lack of unambiguous tragedy is a great physical production (Leonard Foglia’s direction, Robert Brill’s sets, Elaine J. McCarthy’s projections), Patrick Summers’ masterful direction of an orchestra on fire (woodwinds excelling above all), and a dynamite cast. Without such excellence of execution, the work itself would show more dramatic weakness.

The first act flows well, the second act stalls at times as arias and duets create resting points in the forward motion. But the finale, Greenhorn’s survival and transformation into Ishmael, is close to perfection.

Even with other important roles, the opera basically is a duet between Jay Hunter Morris’ Ahab and Morgan Smith’s Starbuck — and the two performances are superb. Morris handles the high-tessitura role effortlessly, Smith — heard here before only as Prince Yamadori — is vocally and dramatically striking, very impressive. 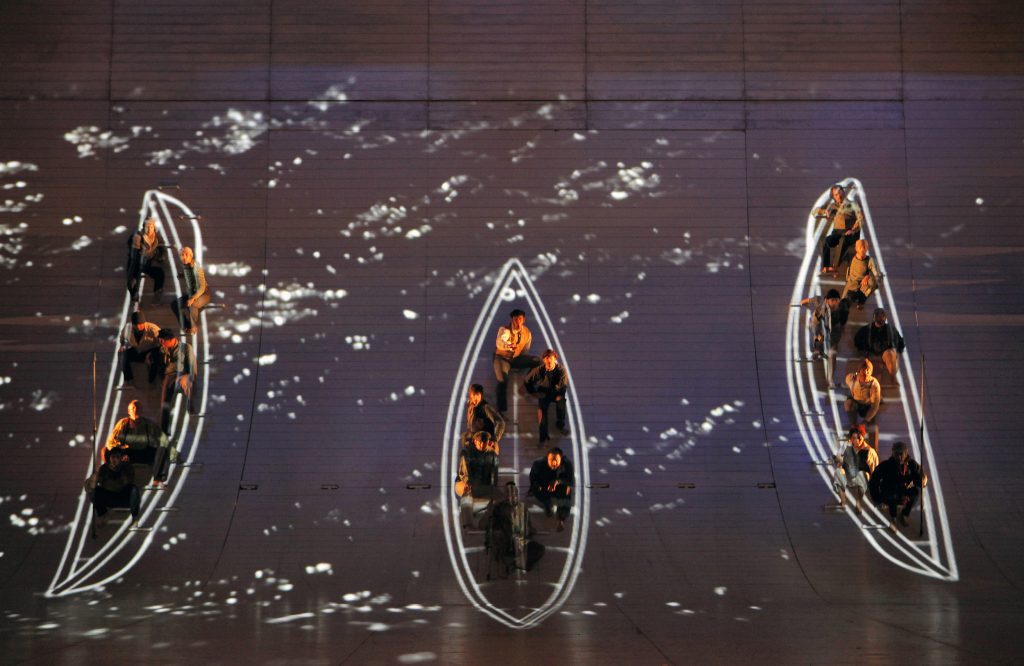 In two welcome local debuts, Jonathan Lemalu’s Queequeg and Stephen Costello’s Greenhorn sing and act memorably, individually and together, in believable bonding. Another debut, Talise Trevigne as Pip the cabin boy, is also excellent, she rules the stage, even as doing a Peter-Pan flying act by way of swimming/drowning.

Adler Fellow Joo Won Kang is the commander of the Rachel, his voice booms from offstage apparently without amplification as it’s not noted in the program. Every one of the dozen named roles deserve individual mention as there is no weak link in the cast. Similarly, it would be right and proper to name every member of the chorus and orchestra — a performance to treasure even more than the work itself. 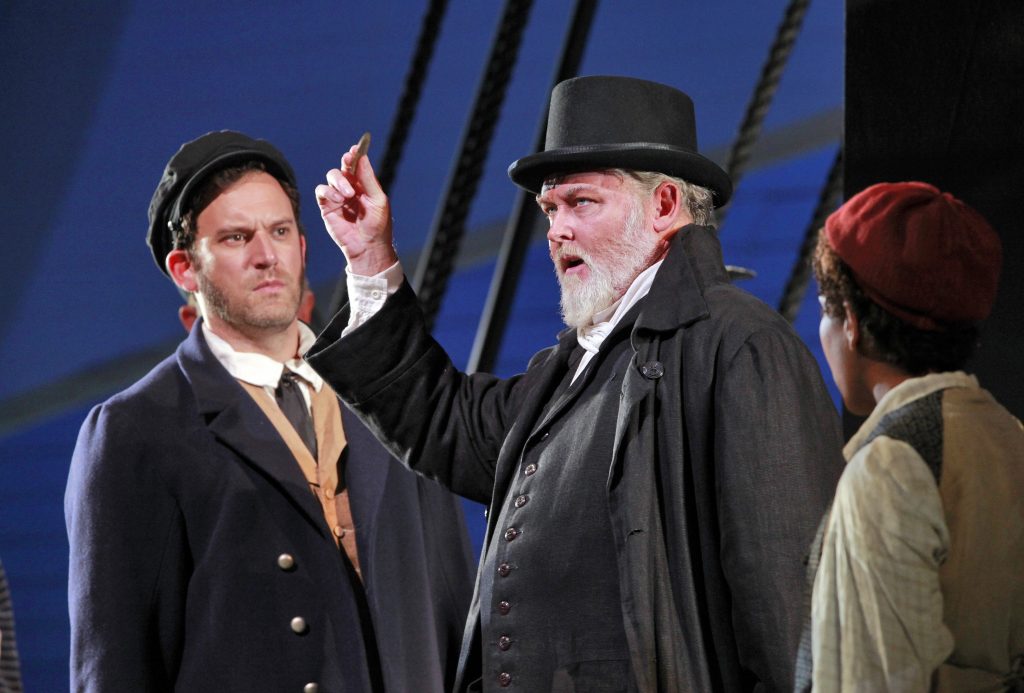 Review of opera when Ben Heppner was replaced by Jay Hunter Morris.