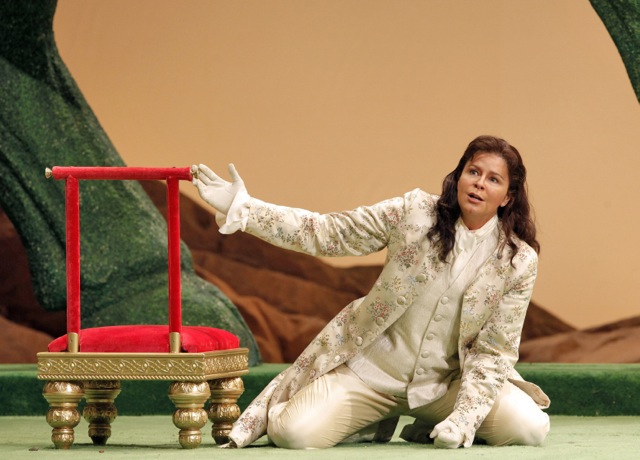 Everything is old about Handel’s “Xerxes” — the Persian king and conqueror lived in the fifth century BC; the opera was written in 1738; the English production seen in the War Memorial is from 1985 — and yet this San Francisco Opera premiere feels fresh and new.

This was a well-balanced, relatively egoless, and all-around outstanding vocal performance. It’s a true ensemble event, even if the opera is a nonstop series of arias, originally a showcase for London’s most famous castrati. Acting is uniformly natural and fluent, thanks in part to Revival Director Michael Walling.

After minor, needless initial problems with stage placement for Graham’s affecting “Ombra mai fu” (in praise of the shade of his beloved plane tree), misdirected to be sung way up-stage, instead of near the down-stage sweet spot, and Oroposa singing her first aria while surrounded by supernumeraries and virtually unseen by the audience, three hours go by essentially without a hitch. 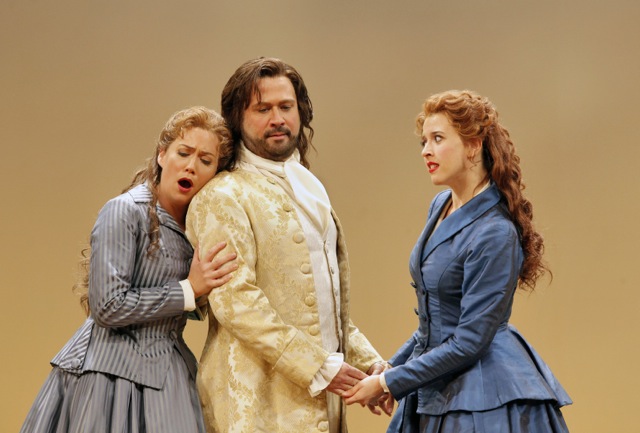 Under Patrick Summers’ steady direction, verging on the mechanical only a few times, the SF Opera Orchestra plays superbly, with principal trumpet Adam Luftman providing a triumphant sound. Summers, who has been responsible for several excellent Baroque opera productions in the War Memorial and elsewhere, is masterful in the genre.

And yet, a word of caution to opera newbies: this beautiful music may not hold your attention all evening long.

Nicholas Hytner’s production, with David Fielding’s design, from the English National Opera, moves along the admittedly static work, without any action to speak of, investing it with clever, amusing, and times very funny bits.

During the overture, for example, Hytner has the characters enter the stage, one by one, with a large sign on the back curtain identifying them, along with their amorous interests. Even after this thoughtful documentation, the business of relationships remains somewhat puzzling as Xerxes pursues Romilda, she is after Arsamenes (the king’s brother), but so is her sister, Atalanta… and then enters Amastris, enamored of Xerxes, but dressed as warrior. (Otherwise, the opera says nothing of Xerxes’ failed invasion of Greece with 1,200 fighting vessels and troops from 46 nations.)

Besides the information and entertainment value of the production, it must also be acknowledged for not calling attention to itself, helping the drama, not competing with it. A troupe of supernumeraries, looking like ghosts, acts as entertaining stagehands, rarely stepping on the music.

Among the many inventive set elements is an elaborate model of Xerxes’ first Hellespont bridge, its on-stage collapse mirroring what happened “back then.”

This was one of Xerxes’ many bizarre historical incidents. When the flax-and-papyrus bridge collapsed over the Dardanelles, the king executed the architects, and ordered the straits lashed 300 times, branded it with hot iron, and had his soldiers shout at the water.

But Xerxes was also persistent: his second Hellespont bridge stayed up, and allowed the Persian troops to invade Greece. Wouldn’t that make a more lively opera than this one all about his affairs of the heart? 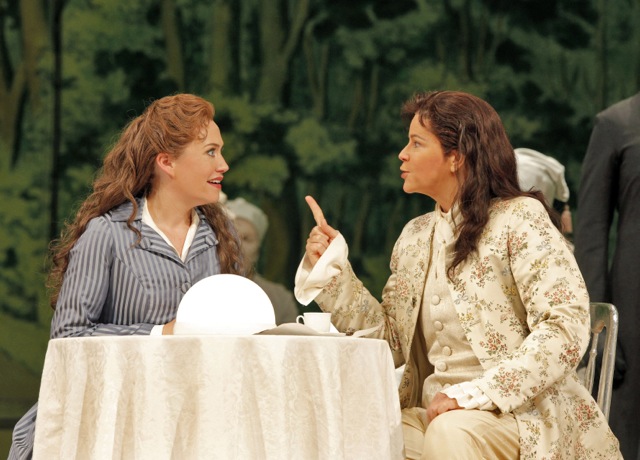 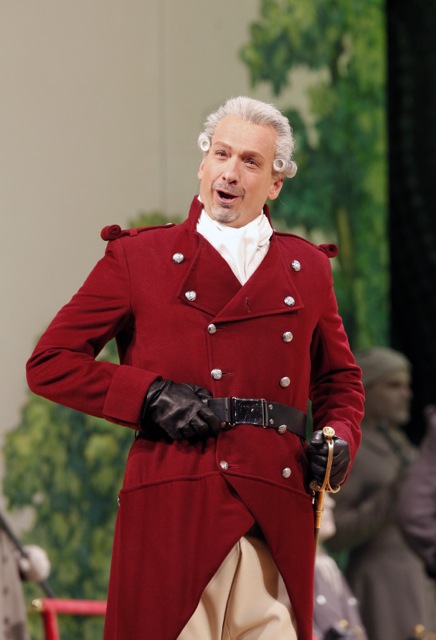