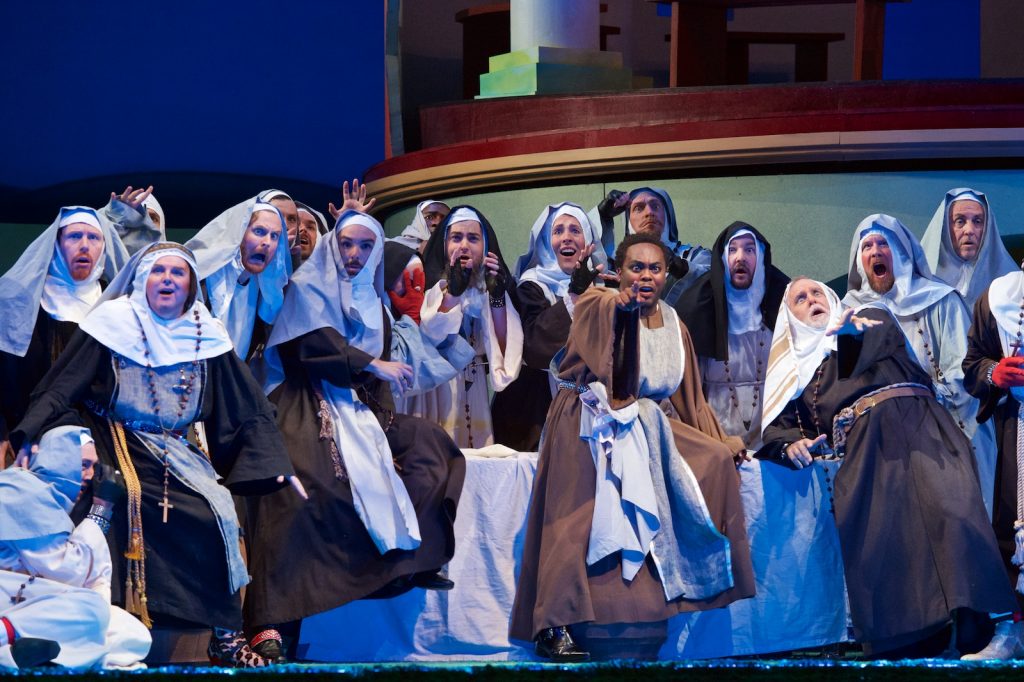 Where to begin?  The fact that Gioachino Rossini’s opera was, unhelpfully, re-titled The Wicked Adventures of Count Ory, presumably to persuade rubes that they were in for something naughty but fun?  The annoyingly cute sets and costumes, Technicolor Disney rip-offs without a trace of irony, by Dan Petra?  The dumb, muddied staging by Lindy Hume?  Or the conducting, lacking bite, precision, or glimmering wit, courtesy of Giacomo Sagripanti?

This popular, well reviewed show, enjoyed by so many and vigorously applauded, was, as far as I was concerned, a missed opportunity, and the absolutely worst production by a company, the Seattle Opera, I have long admired for its artistic integrity through the years.  In every production I have been privileged to witness here, I have felt as if I were being asked to join an intellectual and spiritual adventure.  This time, I felt I was being patronized, fobbed off with a dumbed-down entertainment that insulted my intelligence.

True, part of the problem is the opera itself, a satire on hypocritical prudery, whose central figure is less a character than a cynical cipher, whose aim is to entice his equally debauched followers to seduce all the gullible wives whose husbands are off fighting the Middle-East Crusades.  Ninety-five percent of the Count Ory’s role features him in disguise: as a phony guru in act one (who, like Don Giovani in Mozart’s far greater opera, is unmasked by the end of the act); then as frightened Catholic nun, supposedly afraid of being raped by the count or his followers.  This means that, beneath his disguises, his true character is that of a coldly brutal opportunist.  We cannot identify with him as we can with those other seducers or would-be seductive con artists Don Giovanni (a self-destructive, but fascinating existential rebel) or Verdi’s Falstaff, that glutton of amusing self-aggrandizement.  In fact, there is only one outrageously funny scene in this opera, when the count and one of his female prey are discovered under the covers, then joined for a menage a trois by one of Ory’s followers, then another for a menage a quatre, and, finally, one more for a menage a cinq; a quintet of the count, his mistress of the moment, and Manny, Moe, and Jack. 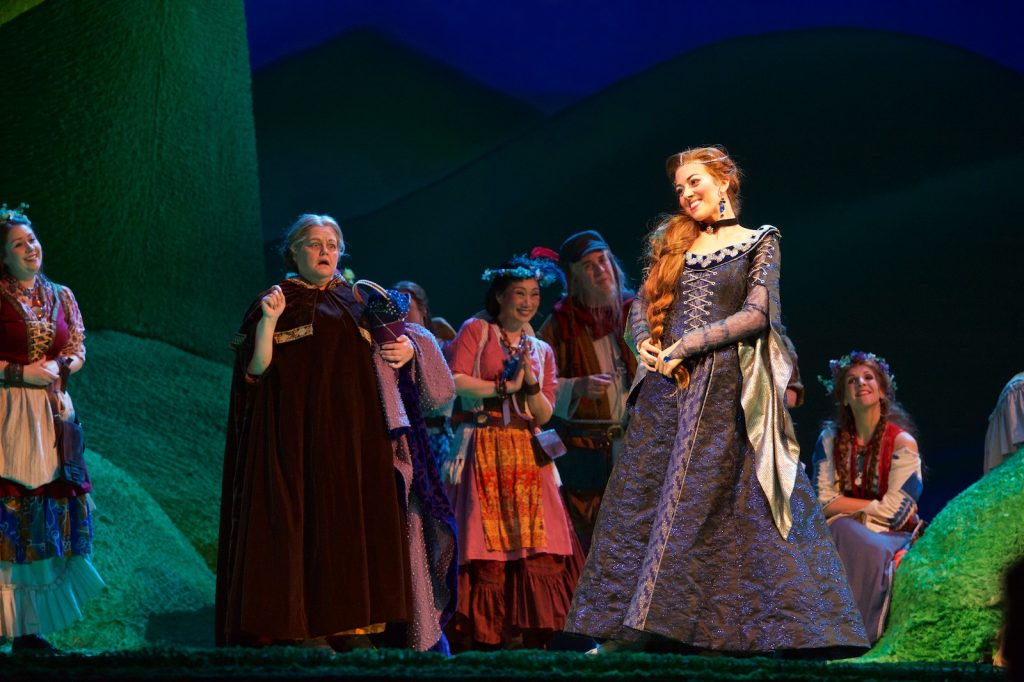 The saving grace of this production was the singing.  The “silver” cast (seen August 19, 2016) featured the fine work of tenor Barry Banks as Count Ory, Lauren Snouffer as Countess Adele, and mezzo-soprano Stephanie Lauricalla as Isolier, along with baritone Will Liverman as Raimbaud.  They escaped with their honor intact.