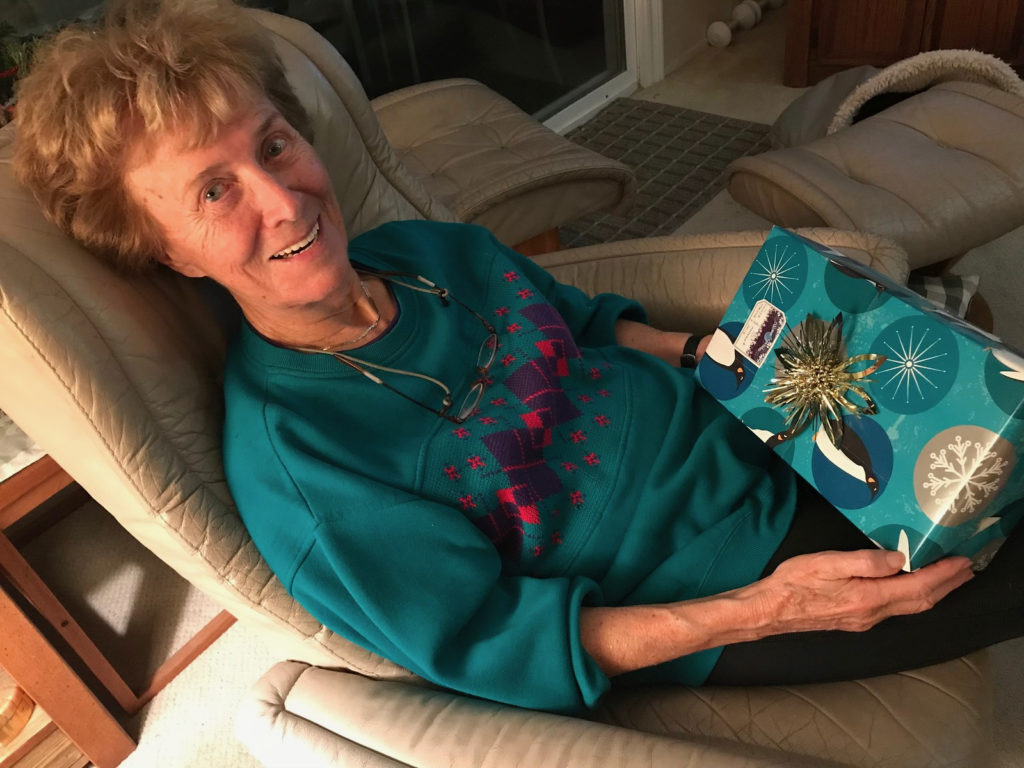 Marianne Flettner was a legend. Her phenomenal abilities as an opera administrator were equaled only by her devotion to opera itself. Many of the world’s most celebrated artists were Flettner’s devoted friends in the opera business, which was her world for more than half a century.

Born and raised in Frankfurt, Germany, during the war she lived with other children in a forest outside the city, to avoid being bombed. After the war, American soldiers lived in her family’s home.

Flettner earned a diploma from the Hessel Business College and worked for several years in Germany as a secretary for several companies until 1961, when she relocated to America, serving in the same capacity for the Pontiac Motor Division in Burlingame, California, from 1961 to 1963.

Then came a move to New York, where Flettner was able to make her greatest leisure enthusiasm – opera – the focus of her professional life.  She worked at the Metropolitan Opera as a secretary (with then-general manager Rudolf Bing as one of her bosses) from 1963 until 1974. She was then promoted to assistant company manager in the rehearsal and touring division, working alongside assistant general manager Reginald Allen.  In 1979, after thinking long and hard, she chose to  move back to California, this time to take on the vital position of artistic administrator at San Diego Opera.

The job came about by chance.  Flettner was in California visiting her brother and sister-in-law when SDO general director Tito Capobianco received word that she was in town.  He got hold of her by phone, asked her to come to interview, and offered her the job.

“I was sick for three months, from the time I said yes to the time I left the Met,” said Flettner in a 2003 interview for the San Diego Union-Tribune.  “I even went to Salzburg to visit Jimmy Levine [Met music director at the time] to ask him if I was doing the right thing. He said,

‘Maybe it’s better to be a big fish in a small pond than a small fish in a big pond.’ He turned out to be right.”

In addition to significant input in artistic planning for every season, SDO Flettner’s multifaceted role at SDO included negotiating artist contracts (it was immeasurably helpful that she was trilingual, working easily in English, German, and Italian); dealing with visa applications; handling the general director’s overall schedule; attending all rehearsals and performances; working with the company’s publications staff; and – at every performance – distributing paychecks to principal artists.

At SDO Flettner served initially under general director Tito Capobianco, and then under his successor, Ian D. Campbell. “She loved opera and all the people who worked so hard to bring its magic to life,” recalls Campbell. “She was friend, confidant, cheerleader, and den mother to singers, conductors, and stage directors, doing everything she could to help them deliver the best performances, regardless of the stresses they experienced. As artistic administrator she worked closely with me for 30 years. She understood my artistic goals and taste very well, giving me valuable advice when needed. No artistic director could have asked for a more supportive, yet appropriately critical eye, on artistic planning.”

Flettner always knew the right way around an artist. Her friend Susan Jay, former SDO education chairman, remembers that “I once asked Marianne what she said to singers whose performance had been less than stellar.  ‘I look at them soulfully and say, ‘You did it again!’  I’ve borrowed that many times.”

Nicolas Reveles, SDO’s former director of education and outreach, adds, “She was such a dear, dear person, always honest about her point of view, but she always delivered it with understanding, compassion and love. I will miss her.”

Flettner, who became a naturalized American citizen in 2004, retired from San Diego Opera at the end of the 2014 season and died peacefully, of complications from Parkinson’s Disease, in an assisted-living facility in Aptos, California, on December 6, 2020. She will be mourned throughout the operatic community, having earned the love and respect of two generations of celebrated artists. All of them were grateful for her knowledge, her extraordinary professionalism, her sunny nature, and her profound devotion to opera. After her retirement, she was a frequent guest at rehearsals and performances, visiting old friends and artists whose careers she had followed and supported for decades.

“Although Marianne stopped working at San Diego Opera before I arrived, she remained a frequent presence with the Company. Until recently, she attended performances and many rehearsals, always sharing her big heart and affection for opera. Seeing returning artists engage with her was a testament to how universally loved she was,” shared San Diego Opera General Director David Bennett.

Always active, she enjoyed traveling, hiking, and cooking, and was especially passionate about boogie-boarding in Mission Beach, which she continued to do well into her seventies.

Flettner, who never married, always referred to singers as her children. Flettner is survived by her sister, Charlotte Rordan; her sister-in-law, Sandie Flettner; her nephew, Guillaume Visot-Nolder; two other nephews and three nieces.