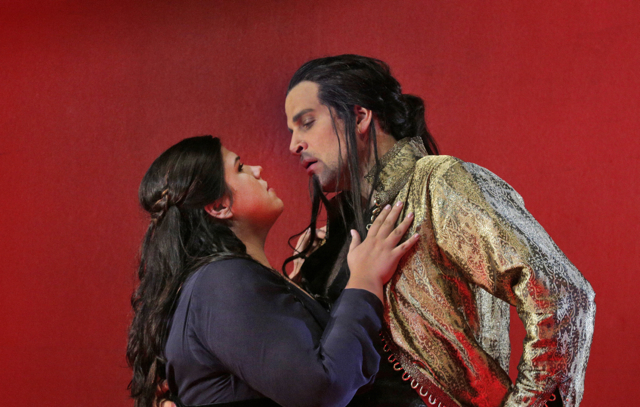 I have no doubt that it is a primary responsibility of an opera critic to tell his or her readers just what edition of any given opera is being used, but in the case of Rossini’s “Maometto II” as currently being performed here in Santa Fe, well — it’s a long story. The noted 19th-century Italian opera scholar, Philip Gossett, needs more than five healthy paragraphs in the SFO program booklet to explain the matter, and even then it’s terribly confusing. There’s this version and that version, and there is “Le Siège de Corinthe” and various incarnations of “L’assedio di Corinto” to be reckoned with. The Santa Fe edition has not even been published yet (it’s due out in 2013), and it’s the 1820 Neapolitan version they are using — but there is an appendix, and (according to one seemingly knowledgeable person I spoke to) 15 minutes were cut out Tuesday night. As it is, the opera clocks in at about three hours.

Another potentially confusing factor which never actually materialized by some miracle was any major directorial obfuscation of Cesare della Valle’s text. David Alden, the stage director whose assignment this was, has a high profile reputation for Regietheater hijinks. As it was, he mostly played it straight, peppering it here and there with quasi-meaningful nonsense such as a wraith-like figure (sometimes carrying a skull to symbolize deathly doings), a belly dancer (to symbolize Turkish sexual decadence), and providing the title character with an enormous chariot drawn by three horses that idiotically propelled our hero villain in full reverse off the stage.

That dubious hero is bass-baritone Luca Pisaroni, an amazing singer who is currently sending out shock waves, not only because of his impressive vocal beauty and magnetic stage presence, but for his exceptional musicianship and agility which enables him to add bass-baritone coloratura roles to his usual roster of Leporellos, Figaros and Giovannis. Pisaroni is the Maometto in question, and he almost steals this opera from the two ladies, soprano Leah Crocetto as Anna, and mezzo-soprano Patricia Bardon in the trouser role of Calbo. These are roles that have added fame and glory to the likes of Montserrat Caballé, Beverly Sills and Marilyn Horne, so — for a company to feature a male singer as the main draw for this opera is remarkable.

As the militaristic Sultan Maometto, Pisaroni is bringing the Venetian city of Negroponte to its bloody knees. The town’s defender is Erisso, wonderfully sung and acted in ringing style by tenor Bruce Sledge. Erriso has engaged his daughter Anna to Calbo, a mighty Venetian general. Nobody knows that Anna has been carrying on with somebody named Uberto, who (how are such things possible or plausible?) is really Maometto. So you can see the traditional “love versus honor and duty” theme developing, not to mention the standard operatic love triangle. Many complications occur, but things do not end happily for Anna. She kills herself after singing two astonishing arias that tax the skill of any singer who undertakes them. Other endings exist, of course (somewhere in the aforementioned editions). Meanwhile, the chorus stays busy through multitudinous battles and dreadful skirmishes. I am amazed Alden didn’t update this all to present-day Syria.

The ladies did very well, really, with this extremely challenging virtuoso music, although Bardon (the Caldo) was sometimes shrill and uneven throughout her registers, and she shared with Crocetto a tendency to be exceptionally loud at the top. Crocetto, however, improved steadily throughout the evening, almost becoming a different person. By the time of her famous closing numbers, she was in full vocal stride. These were fine performances, although it is a good idea for bel canto lovers to avoid listening to Caballé, Sills and Horne before or after attending this production!

This was yet another monochromatic grey stage setting, although plenty of Chinese red was thrown in to break the monotony and for its evident symbolism. One alcove (a chapel, I think) was so skillfully engineered as to be invisible to parts of the audience. If I were to meet scene designer Jon Morrell, I would ask him why he, and quite a few other designers I have seen in recent years, only think of the stage view from the vantage point of the best central seats in the house.

Conductor Frédéric Chaslin seemed to plod through the score, at times giving long passages and individual chords too deliberate an emphasis. This impression was enhanced by the very live sound of the venue.

Although I seem to carp, I always look forward to offerings of this sort in Santa Fe. The company shows itself at its best in repertory that few other companies would dare to touch. 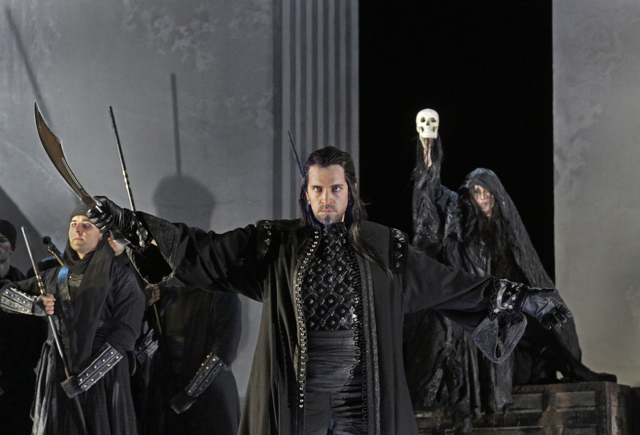 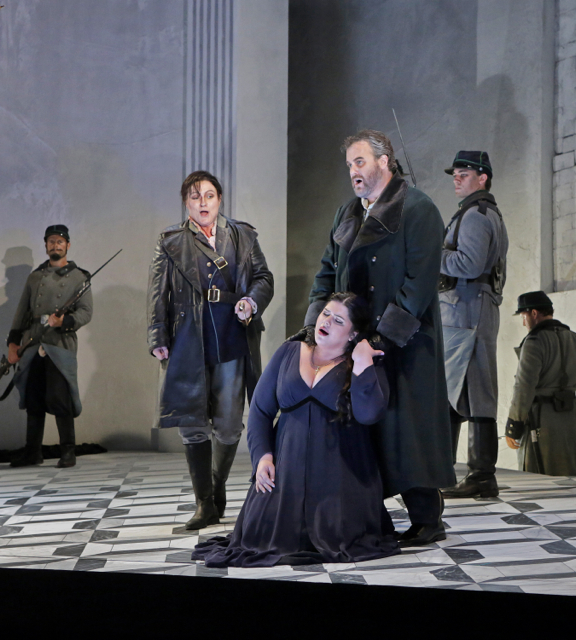