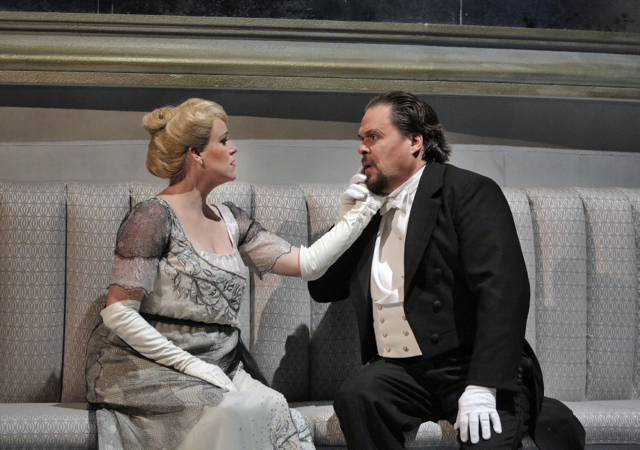 Although the word “hate” is far too strong, the phrase “hate/love relationship,” hoary and hackneyed it may be, well describes my lifelong feelings vis-à-vis the composer Richard Strauss and his operas. It’s the texts I most often have trouble with, especially those encrusted with a sort of Germanic bourgeois complacency. On one hand, it’s impossible for me to think of Strauss as anything but a composer of staggering musical invention and an almost infallible power of stirring the emotions. On the other there are those librettos.

Strauss’s operatic music is among the most gripping and dramatic ever penned; and it can also be sensual and luxuriously sublime. One might add clever and witty to the list. Strauss is, for me, a great genius, and his “Arabella,” now in Santa Fe Opera’s repertory, shows him at the peak of his craft. The fragments of intriguing, insinuating (not to mention sinuous) melodies that could only in a million years be by Strauss, are woven together with an astounding complexity that really takes one’s breath away and stimulates authentic palpitations of the heart. Some of his thematic elements seem to swirl magically, as if trying to transport us into another time.

And yet “Arabella,” an opera conceived with Strauss’s most celebrated literary collaborator Hugo von Hofmannstahl, has, like so many other creations of these two men, until now seemed to me to be trivial and bourgeois in its dramatic content. This is hardly a new criticism by the way, not at all my argument alone. I even heard it expressed during Monday night’s interval. “Intermezzo” (to the composer’s own libretto) is perhaps the supreme example of bourgeois values in opera, but even the magical “Die Frau ohne Schatten” with all its phantasmagoria is attempting to convey some idea about the importance of settling down to a conventional married life and having children. In any event, after the enchantment of last night’s “Arabella” here in the desert, I am not inclined to pursue this line of thought which becomes quite complicated and difficult to defend when masterpieces like “Elektra” (an exception to the rule, I think, except in its deliberate intention to shock), “Der Rosenkavalier,” “Ariadne auf Naxos,” “Capriccio” (with Clemens Krauss), and “Daphne” (with Joseph Gregor) are taken into account.

I have known and loved the music of “Arabella” for years, but now — perhaps because I am presently immersed in reading Proust’s “In Search of Lost Time” — I find myself responding to the libretto in quite a different way to what before has seemed to me a perfectly ridiculous story about a spoiled girl waiting for Mr. Right to come around (“Der richtige Mann”), and then when she gets him, performing a nonsensical and laughable “presentation of the glass of water” ritual as a gesture of her forgiveness for his bad behavior and a symbol of her purity. A watered down echo of “Der Rosenkavalier’s” presentation of the rose?

The fact is, of course, this glass of water passage is glorious, and Strauss gives it a sublime treatment which, with its recurring blocks of descending chords, is both beautiful, original in concept, and totally unexpected in musical texture. And I feel I have reached a new understanding of the libretto. In many ways it resembles a traditional romantic French farce, and in more that one way it evokes a quasi-Proustian universe in which the fabric of life is in transition and class systems are being rendered unstable. Many people who have not read Proust may be unaware that he is searingly satirical and very funny, and Hofmannstahl’s text seems to mirror some of these qualities, translated, of course, into the world of 1860’s Vienna. 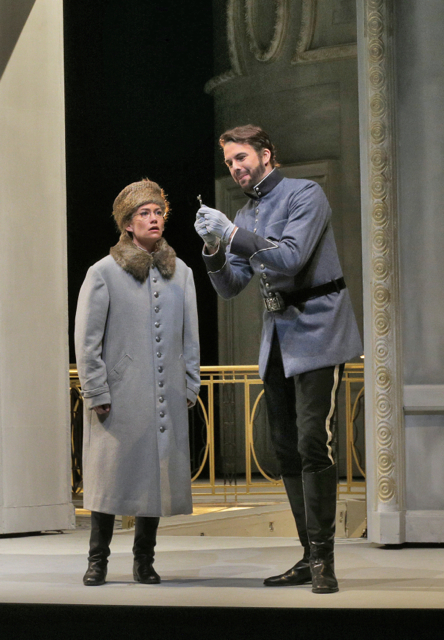 Here we find a humorous but simultaneously desperate dilemma. Although they are titled aristocrats, thanks to the turbulent world situation, the Waldners are broke. If they are going to survive, they need to marry off their eldest daughter, Arabella, to somebody wealthy; meanwhile, they raise their second and youngest daughter, Zdenka, as a boy, an eminently practical solution which, however ludicrous sounding, avoids many complications. The elder daughter really needs to go first — and she has many suitors: Counts Elemer, Dominik, Lamoral and the army officer Matteo. The ultimate winner is the bumptious bear-wrestling and enormously rich Croatian landowner, Mandryka, who has a good heart but crudely acts out his frustrations when (in the French farce part) Arabella seems be receiving Matteo in her hotel suite. As the confusion clears, it’s Zdenka, now abandoning her disguise, who exonerates Arabella from the charge of sleeping with Matteo in Arabella’s bedroom. Zdenka gives herself to Matteo, who was actually considering a turbulent suicide of passion it seems and of dire need to be rescued — and so things end happily for all. Nobody condemns Zdenka; she gets to marry Matteo, a man she has loved for a long time anyway. And Arabella is able to marry der richtige Mann.

Seemingly trivial on some levels, the story gets a supreme treatment from Strauss and Hofmannstahl. The portrait of a real society is treated with delicately balanced qualities of humor and sentiment. And the opera is getting a very enjoyable performance here in Santa Fe. The orchestra under the direction of Sir Andrew Davis plays superbly. (Where do they get these fine musicians in the middle of a desert?) And sitting in the theater’s orchestra seats, one hears a sound which is remarkably full and clear. Open at the sides, this theater is my favorite “outdoor” venue for fine music.

The cast is quite fine, although they find themselves working in a drab environment. The sets (home, ballroom antechamber, and hotel lobby) designed by Tobias Hoheisel are a drab shade of grey in all three acts, and one looks to the same artist’s props and costumes for any splashes of colorful relief. Director Tim Albery does not bring very much to the show other than a tepid efficiency. (Perhaps so-called Eurtotrash productions have led us to look for a little something more in our opera productions.) Soprano Erin Wall possesses a fine sizable voice and inhabits the role with considerable sensitivity, but her high notes do not always float with that etherial quality one hears, for one instance, in the voice of Kiri Te Kanawa (once a superb Arabella). Her slightly awkward costuming is no doubt an effect of her current pregnancy. Wall, along with her disguised-as-a-boy sister Zdenka, very well sung by soprano Heidi Stober, tended to sound much louder at the top of her range, an effect which lessened for both artists as the evening progressed.

With Mark Delavan, a baritone who already has impressive credentials as a Wotan, the role of Mandryka was almost ideally cast. It was easy to believe in his character, an immodest but likable combination of rustic macho and aristocratic finesse. Singing the role with consistently beautiful tone, he gets the multi-dimensional hero down perfectly. Meanwhile, handsome tenor Zach Borichevsky was a thoroughly sympathetic Matteo. The other suitors were also well represented by tenor Brian Jadge as Count Elemer, and Santa Fe apprentice bass baritone Joseph Beutel as Lamoral. I also very much liked bass-baritone Dale Travis who embodied comic pathos as Arabella’s cash-strapped father, Count Waldner.

Anyone who has ever seen this opera remembers the coloratura soprano who in Act Two plays the campy Fiakermilli, belle of the Coachman’s Ball — and soprano Kiri Deonarine goes to the top of my list for a delightful and superbly sung performance of this character. I should not forget to mention Arabella’s mother Adelade, deftly impersonated by mezzo-soprano, Victoria Livengood.

To finish with another hackneyed expression, “Absence makes the heart grow fonder.” It was delight to hear “Arabella” again after so many years of thinking I could do without it. 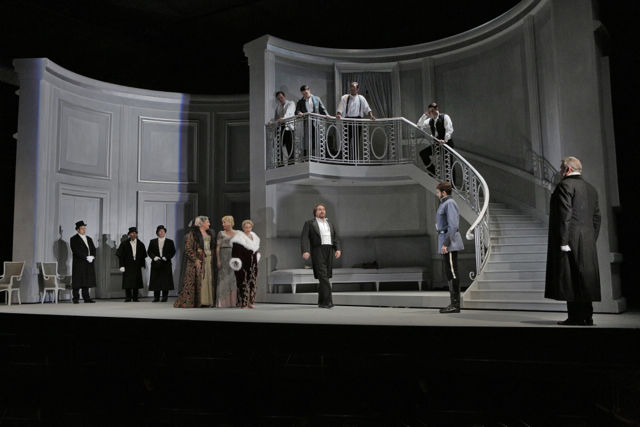