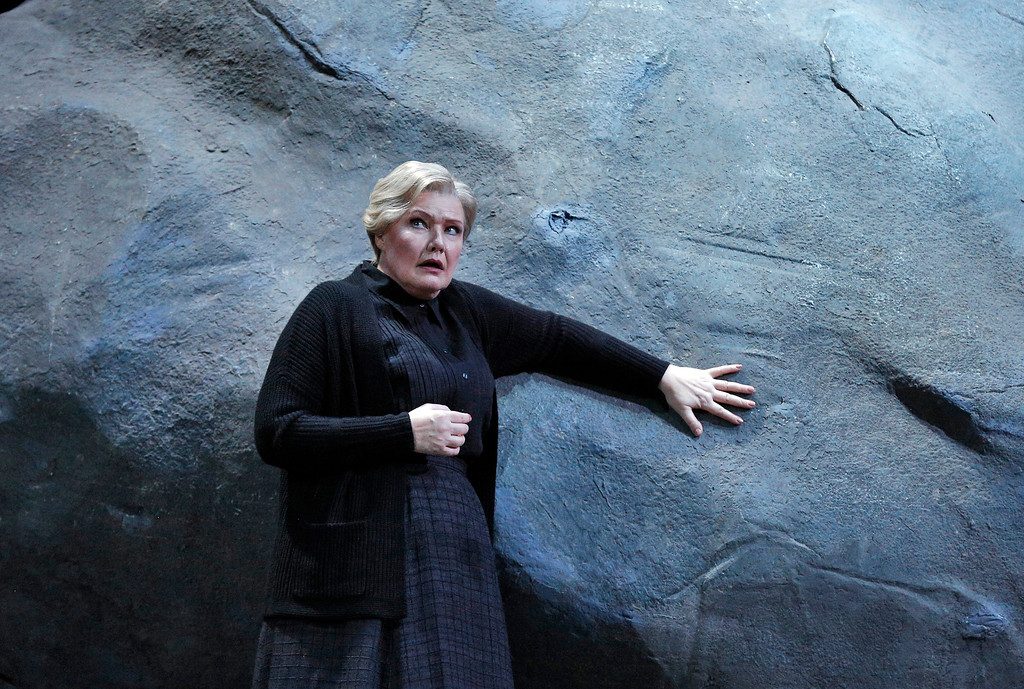 While verismo changed the face of opera in the West from dealing with mythology and royal intrigue to the lives of ordinary people, a similar trend in East Europe produced  masterpieces by Leoš Janácek (1854-1928). 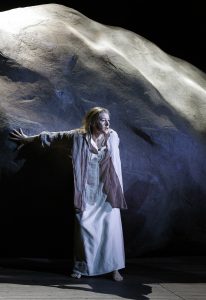 With an unparalleled emotional impact, the music and deeply affecting drama make the 1904 Jenufa greatest among them, the work currently offered by San Francisco Opera in a stunning, flawless production of the 1908 Brno version.

Rarely has the San Francisco press been so unanimous in heaping superlatives on an opera production as they were for the June 14 premiere, myself included. The combination of the music, Jirí Belohlávek’s peerless direction, the SFO orchestra at its very best, a superb cast — all this and more impelled me to return to the Sunday matinee — and, if anything, the experience deepened and surpassed the previous one. (For accounting purposes, let it be said that these performances go beyond the excellence of the previous production in the War Memorial and those seen elsewhere.)

Olivier Tambosi’s stage direction, seen in dozens of versions of the original Hamburg production over the years, is exemplified perfectly in the opera’s heartbreaking and cathartic ending. It is a dramatic moment of ending and beginning for Jenufa — betrayed by Steva, the Moravian village’s rich and dissolute playboy, who impregnates and abandons the woman still madly in love with him; her newborn is drowned by Kostelnicka, Jenufa’s mother, “for her daughter’s sake” — as she and Laca, Steva’s half brother, who both cut Jenufa’s face and stood by her unconditionally, are somewhat improbably and yet encouragingly about to get married. 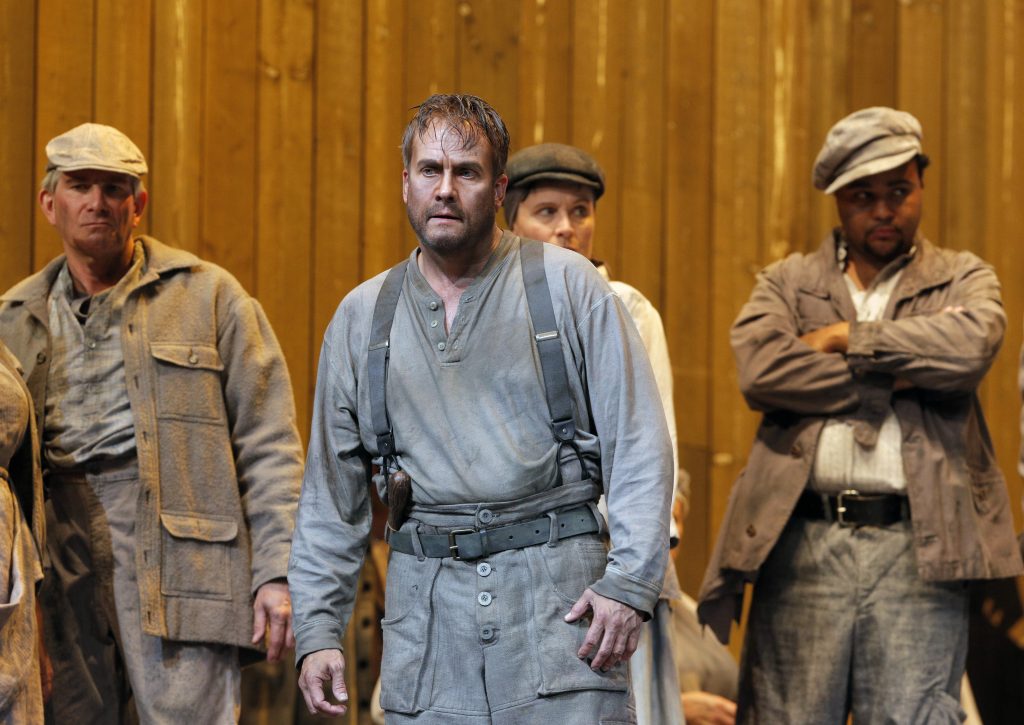 Left alone on the stage in the closing moments, they could hug or kiss or stand apart — but, with emotional and psychological brilliance, that is not what Tambosi has them do: the two move toward each other, stop, stand close and look at the other… Curtain. Perfect!

The essence of Jenufa is in its hauntingly beautiful music which — and I cannot rephrase my original description — appears as a Möbius strip of short, ravishing phrases which repeat, transform, dazzle, and disappear even as the listener tries to hang onto every note.

With the imperative that every word must be heard (in excellent Czech diction, or so I was told by those know speak the language) and despite an orchestra crying and often shouting, Belohlávek’s magical control makes it all work, all the way through.

As at the first performance, concertmaster Kay Stern, bassoonist Rufus Olivier, and timpanist John Burghart stood out with their orchestral solos at the matinee.

On stage, every singer — and Ian Robertson’s SFO Chorus — dazzled with robust, full-blooded and yet often lyrically melting singing and convincing portrayal of characters. As Jenufa, in her San Francisco and role debut, Swedish soprano Malin Byström combined youthful charm, determined struggle for gaining the love of someone obviously unworthy of her, utter pain over her losses, and — in the end — potential for recovery. Her beautiful voice is superbly projected, filling the huge War Memorial.

In her stage debut in the role of Kostelnicka, Karita Mattila is overwhelming — a limitless voice, going to the heart of the music, and the soprano becoming one of the most demonic character in all art, a combination of Iago and King Lear — frightening and deeply tragic. Together, Mattila and Byström are the ultimate leading characters for Jenufa. 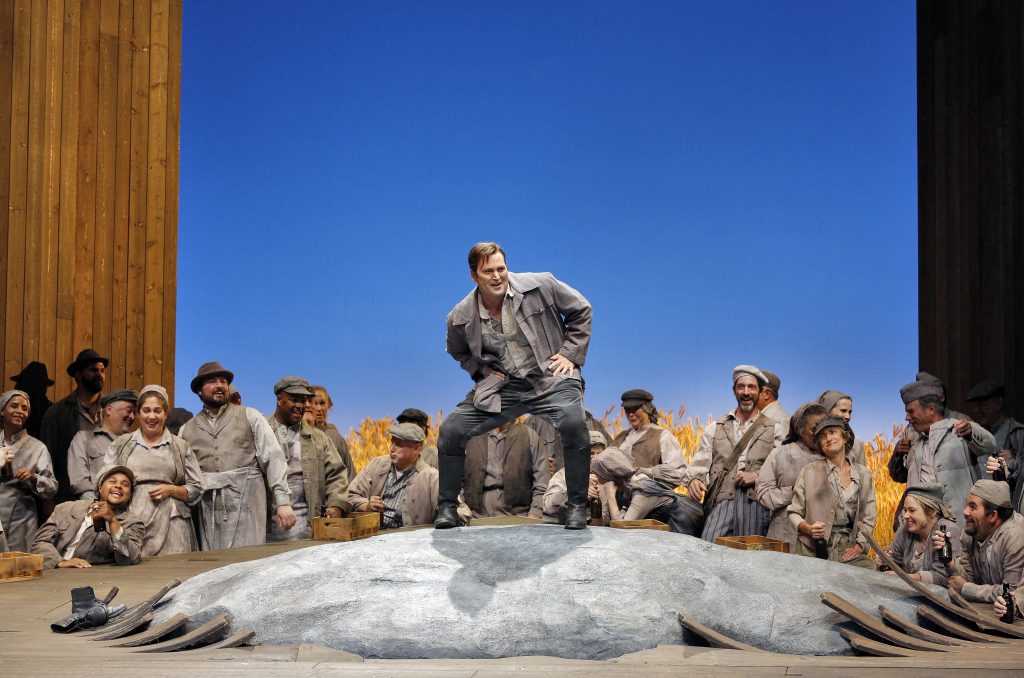 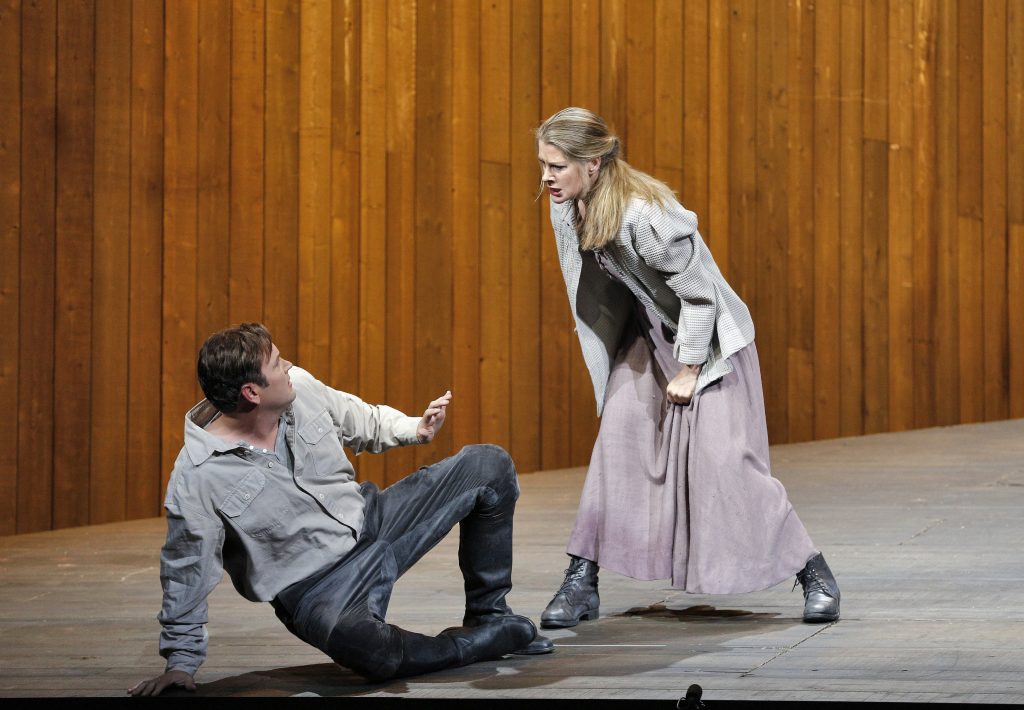