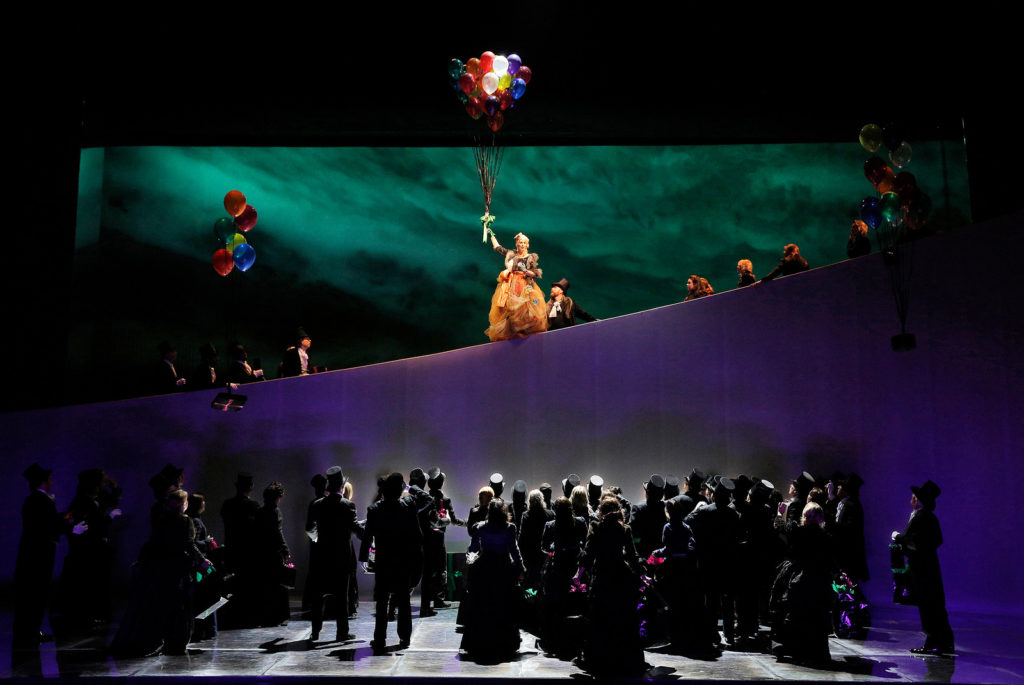 Both the great challenge and even greater potential reward of opera come from the requirement of a zillion components — of music, performance, setting, etc. — working together. It rarely happens and when it does, we celebrate and shout BRAVI!

Massenet’s super-romantic score makes perfect sense of this vibrantly alive, passionate, and eventually tragic story, originally written by Abbé Prévost and later inspiring Puccini to write “Manon Lescaut.” Given the importance of Massenet’s music and the composer’s love for the orchestra, it’s fortunate that the backbone of the San Francisco production is Patrick Fournillier’s superb musical direction and the heartfelt response of the marvelous SFO Orchestra. 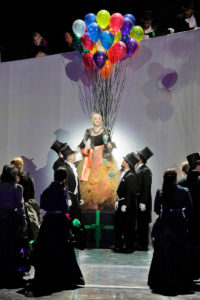 As in his previous San Francisco appearances, leading “Cyrano de Bergerac” and “The Tales of Hoffmann,” Fournillier gave free rein to the orchestra in all the contrasting — and equally important — charming and passionate orchestral  passages, but always embracing the voices, never “stepping” on them. The orchestra and Ian Robertson’s great SFO Chorus got along splendidly, shaking the rafters, but without masking the clear French diction that characterized the entire production — the credit shared by performers and language coach Patricia Kristof Moy.

The equivalent of the orchestral splendor on stage came from Ellie Dehn in the title role. The beauty of her voice, at its optimum now, combined with a stage presence that gave us a believable Manon — she met a tough challenge, rarely accomplished because the character has such great range, from a naive, silly girl on her way (reluctantly) to the convent, to a lover, a temptress, and finally the victim. 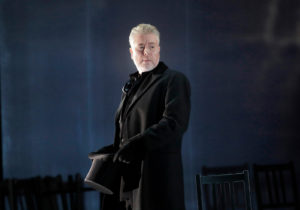 It’s a huge cast, with many fine performances in comprimario (or even smaller) roles. James Creswell’s sonorous, warm voice and exemplary diction made his Comte de Grieux memorable far beyond the usual impression by the occasionally appearing father of the hero.

De Grieux, the son, is Michael Fabiano, a fabulous tenor with powerful projection, and occasionally unconvincing stage presence. Not his fault, he was “done in” after his gorgeous (and under-appreciated) “Ah! fuyez, douce image”

On stage, Vincent Boussard’s direction, Vincent Lemaire’s dramatic (and voice-reflecting) sets dominated by a “big beautiful wall,” and Vincent Boussard’s costumes worked together to provide an excellent production, with a few questionable moves, and one idiotic misstep:

Who would sabotage the Saint-Sulpice duet by having des Grieux abandon God and choose Manon, tearing his cassock open, baring his chest, provoking gales of laughter at the climax of this, one of the most romantic scenes in all opera? 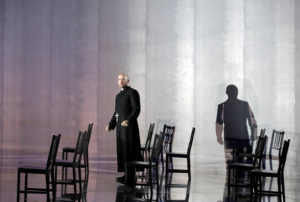 Boussard’s far less objectionable idea was to transform the opening scene in Amiens into a combination of “Les Miz” and “Boris Godunov.” It doesn’t make much sense, but it’s entertaining.  Also questionable is having the gambling salon scene off stage, but again, we can live with that.

“Manon” has been a San Francisco favorite, produced many times, opening three seasons some time back. Of these past productions, most had a major cut in the opera, deleting the Act 3 Course-la-Reine scene – which doesn’t add much to the story or the music. With jazzed-up stage production, the scene is back, which means that even with other significant cuts, the current production runs 3 1/2 hours. It’s time well spent. 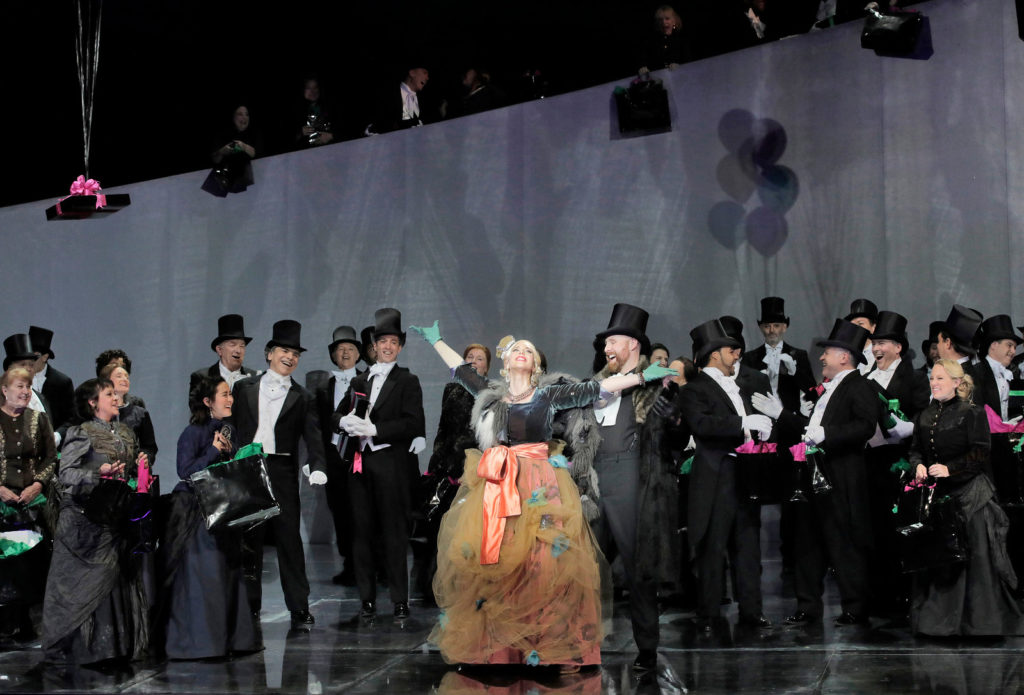 A scene from Massenet’s “Manon” with Ellie Dehn in the title role and Timothy Mix as de Brétigny. Photo: Cory Weaver/San Francisco Opera 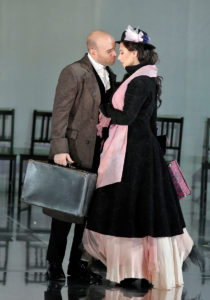 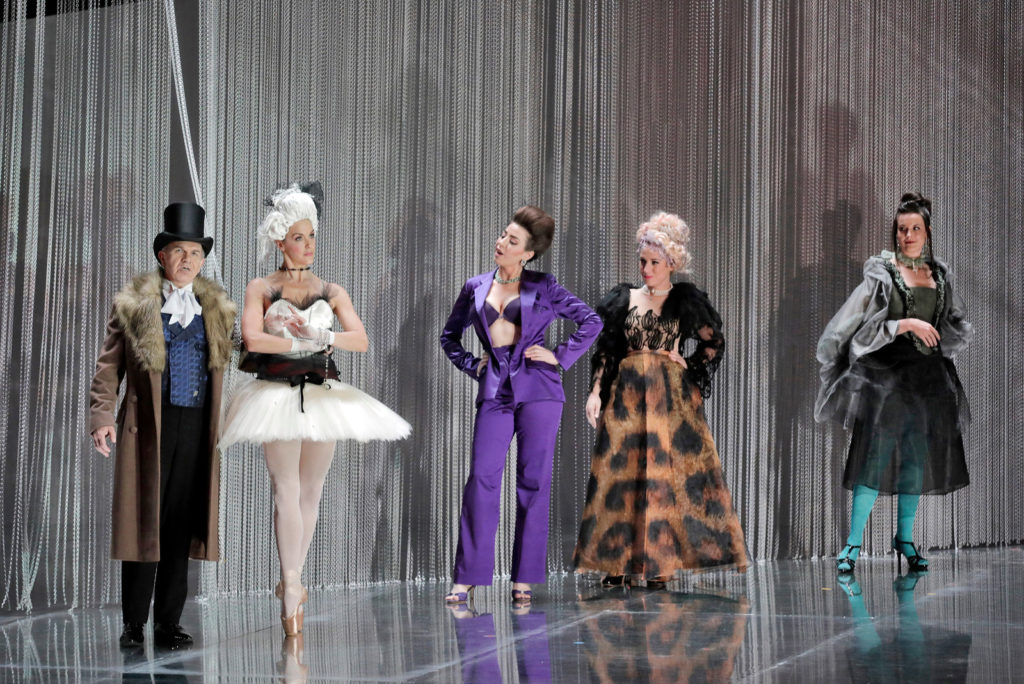 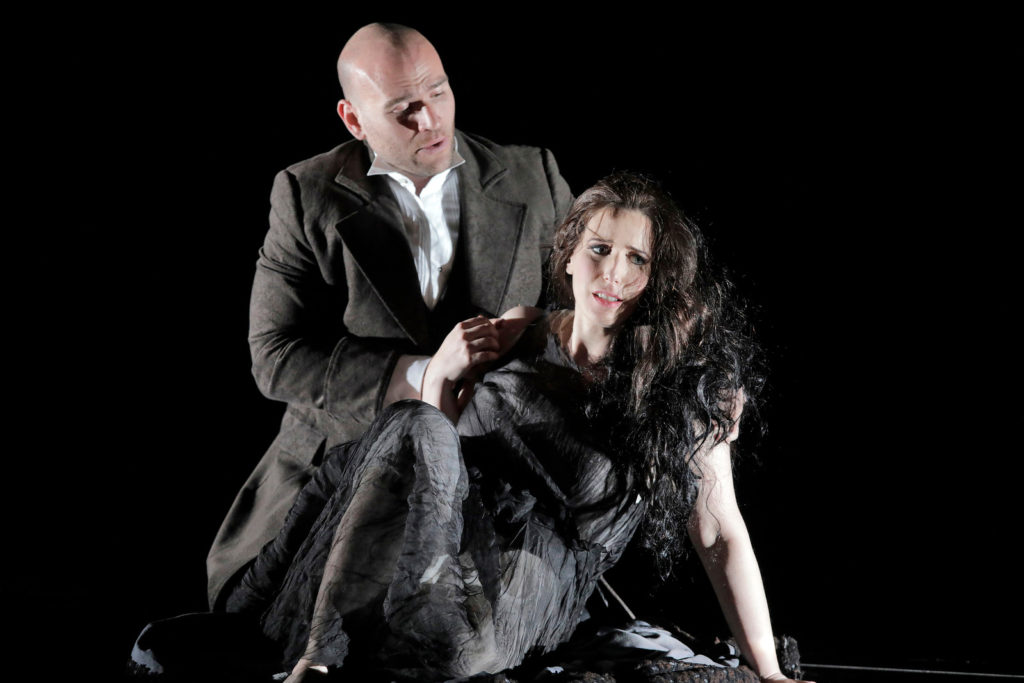