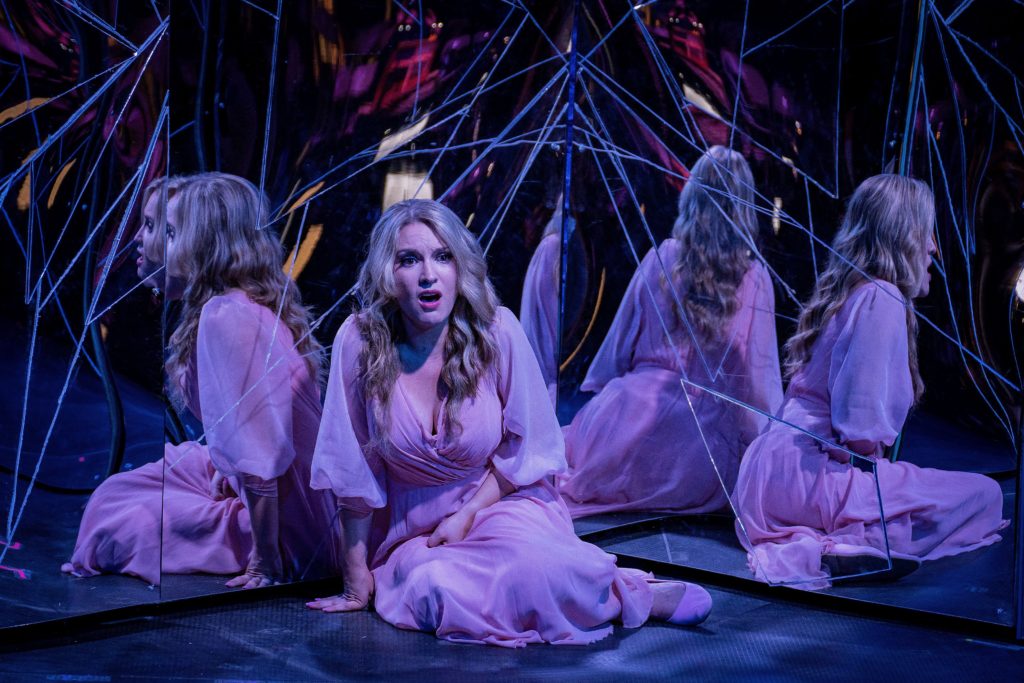 OperaNEO Shines with a Brilliant Ariodante

The great 18th Century music historian, Charles Burney, said of Ariodante that it “abounds with beauties and strokes of a great master.” Nearly 300 years later, Handel’s work still resonates with modern audiences, due largely to the fact that it deals not with the high-flown pronouncements of gods or heroes so common in opera seria, but with basic human emotions motivated by simple romantic jealousy.

Handel’s source material was Ludovico Ariosto’s 16th Century epic Orlando Furioso, the genesis of innumerable operatic plots over the centuries. But instead of complicating the story with numerous sub-plots and asides, Handel focuses the action on one set of circumstances, brought to a happy (and rather un-operatic) conclusion in which love conquers all.

On August 12 and 13, OperaNEO presented Ariodante to a sold-out crowd inside the large and steamy gallery of Bread & Salt in Barrio Logan. This small but mighty company is no stranger to the Handel repertoire, having presented Partenope, Rinaldo, Agrippina and Serse over the past ten years. And so it is no surprise that this wonderful production was well performed by both singers and orchestra – a delicious treat for serious local opera-lovers seeking something other than oft-performed 19th Century war horses.

The plot is a simple one. Ginevra is betrothed to Ariodante with the blessing of her father, the King of Scotland. The evil Polinesso is determined to win Ginevra for himself and dupes her maid Dalinda (herself in love with Polinesso) to impersonate her mistress and admit Polinesso into Ginevra’s chamber. Ariodante witnesses the supposed betrayal, and the King condemns his daughter’s inconstancy. In order to conceal his deceit, Polinesso arranges to have Dalinda murdered, but Ariodante intervenes, driving off the hired assassins. Polinesso is killed in an ensuing tournament and Dalinda reveals the plot, affirming Ginevra’s innocence and reuniting the lovers.

Anyone who has seen the incomparable Tatiana Troyanos as Ariodante will understand the high standard that has been set for this role. Mezzo-soprano Stephanie Doche displays a confident stage presence and dashing appearance, combined with a solid coloratura technique and beautiful, sustained tones, elegantly phrased. This is a performer well on her way to operatic stardom as a worthy successor to the great Troyanos.

As Ginevra, Ashley Fabian’s nimble soprano voice conveyed girlish excitement at her betrothal, as well as confusion and pathos at the loss of Ariodante and condemnation of her father. As Dalinda, soprano Sara Womble displayed impressive vibrato and vocal flexibility – and convincing rage in her final aria.

Counter-tenor Keith Wehmeier presented a suitably sinister and weighty appearance as the villain Polinesso. He displayed powerful sustained notes, but lost some volume and clarity during rapid passagework. Andrew Boisvert as the King of Scotland warmed to his role over the three and one-half hours of the performance, and delivered his final aria with deep basso resonance. Brian Skoog’s strong tenor voice was memorable in the role of Ariodante’s brother, Lurcanio. 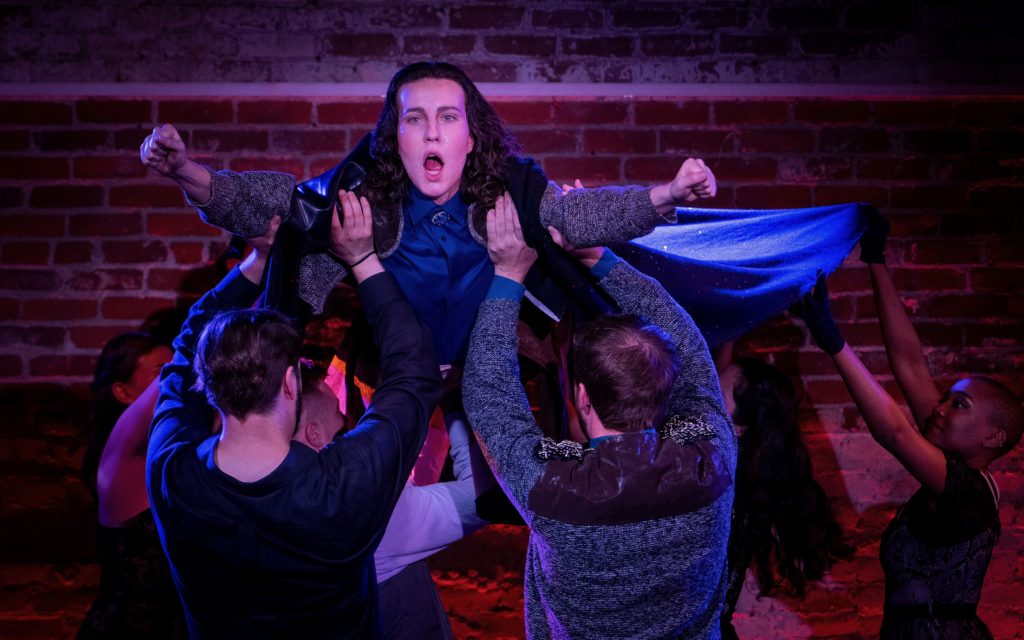 Conductor Benjamin Bayl is an OperaNEO favorite, and his confident command of Baroque technique was evident throughout the performance, which included a variety of period oboes and trumpets, two theorbos and two harpsichords. The orchestra ably supported the singers, filling the large hall with ample, vibrant sound. Peter Kozma’s stage direction was focused and animated, keeping the action moving and the audience engaged. The appearance of pink cotton candy in Act I to celebrate Ginevra and Ariodante’s betrothal added an appealing note of festive whimsy.

I should note that I am an ardent fan, long-time supporter and board member of OperaNEO. I have been attending the opera since childhood and am always on the lookout for unusual or seldom-performed works. I do not often find such rarities in Southern California, but OperaNEO is a notable exception. I want to congratulate and thank the performers and staff for another wonderful season, and to invite all those who enjoy and appreciate Baroque and Classical opera to support this wonderful company’s efforts to showcase outstanding young singers and bring a wider spectrum of operatic choices to the San Diego area.