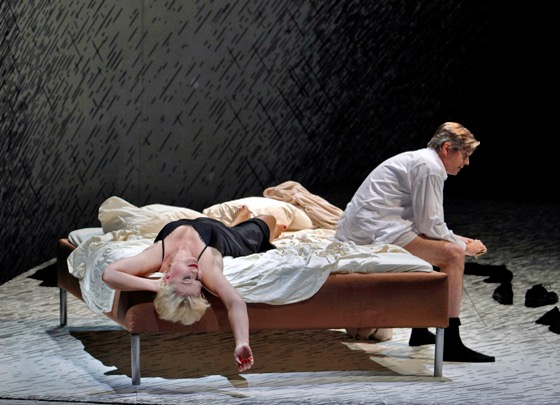 There is restless, twisting, turbulent music running through all of Leos Janácek’s The Makropulos Case. There was tension, excitement, drama, dissonance, power rising from the pit of the San Francisco Opera at the Wednesday premiere, Jirí Bélohlávek presiding over an extraordinary performance.

The orchestral music defines everything: it accompanies, underscores, rises above, comments on and even disputes what happens on the stage. There, Karel Capek’s phantasmagorical story (with Janácek’s own libretto) about a singer whose life has extended over three centuries deals with questions of such magnitude whether life without death has meaning at all.

And, as if that were not enough, David Gockley has assembled a magnificent cast, led by Karita Mattila in her role debut as Emilia Marty, the literally immortal singer. San Francisco audiences have seen Mattila in numerous roles, always outstanding, but the combination of her singing and acting in “Makropulos” is clearly a personal best. She is fabulously attractive, loathsome in her disregard for the lives of others, both funny and scary in her unimaginable, three-century-old weirdness.

Tenor Miro Dvorsky returns to San Francisco as Albert Gregor, redeeming himself after a 2004 Cavaradossi that was on the weak side; here, he is in full bloom. Bass-baritone Gerd Grochowski makes a strong, impressive local debut as Baron Jaroslav Prus; former Adler Fellow Dale Travis is a fine Dr. Kolenatý; and Matthew O’Neill makes the most of the bizarre role of Count Hauk-Šendorf, one of the many former lovers of Emilia Marty in her previous life.

Olivier Tambosi directs on Frank Philipp Schlössmann’s intricate, impressive sets. Not everybody will be happy with the ever-present large clocks, showing the actual time, but considering the subject of the opera, a case can certainly be made for the director’s idea.

While the press notes tout, justly proud, that there are “no cuts, alterations, transpositions, insertions, deletions, amplifications, etc.” in the the production, the time of this 1926 opera has been shifted to the 1950s. The way you know about this otherwise unintrusive change is that Mattila wears costumes inspired by Chanel’s Grace Kelly look and a Givenchy-inspired gown.

All this is of little importance against the overwhelming impact of the music. These performances are dedicated to the memory of former SFO Principal Guest Conductor Charles Mackerras, considered the greatest interpreter of Janácek’s music. Bélohlávek’s approach is different, but equally successful, at least to me.

Mackerras infused the music with light and litheness; Bélohlávek favors more power and intensity. If only we still had Mackerras with us and be able to listen to “Makropulos” nightly, alternating the two conductors! 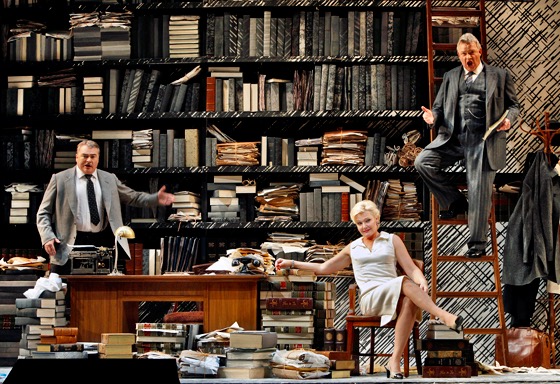