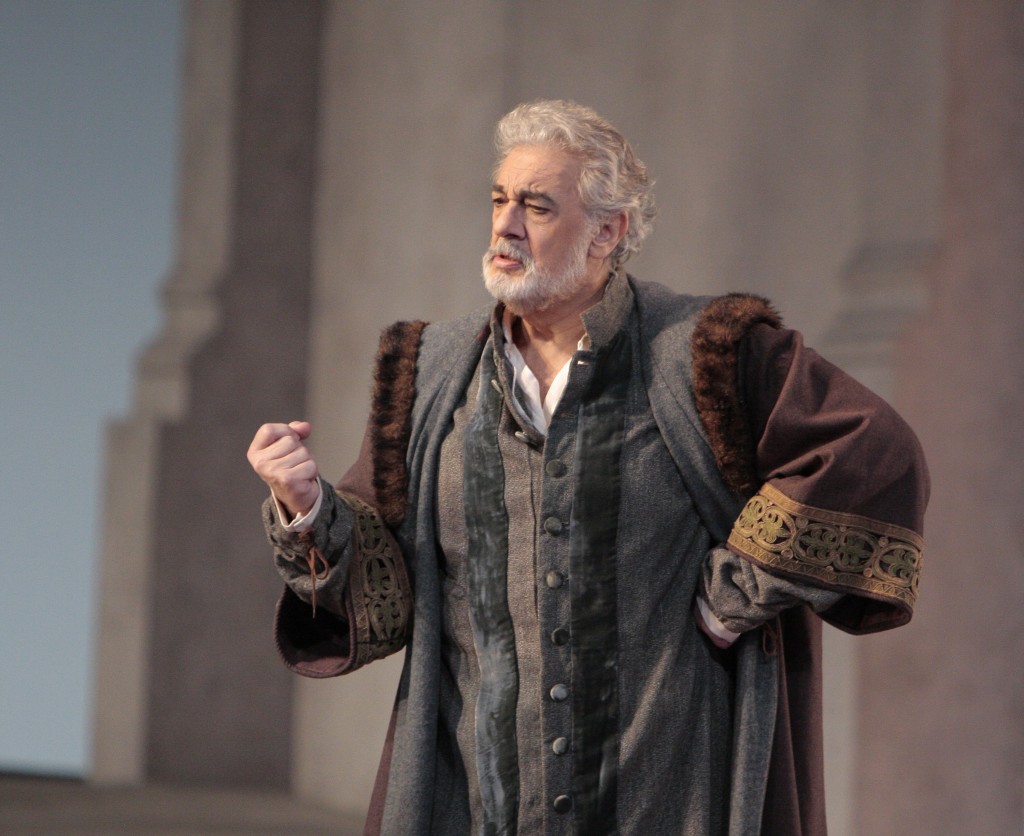 “Simon Boccanegra” has a confusing plot, even for Verdi whose “Il Trovatore” has usually been the target of criticism for its convoluted storyline; but I dare say, “Boccanegra” may hold the record for the number of important events that occur offstage and/or in the past and which we hear about only in bits and pieces during the course of many narrative arias.

One thinks of Verdi has having had an unerring instinct for the dramatic, but it seems to have let him down badly in “Boccanegra,” with its twisted libretto by Francesco Maria Piave, based on a 1843 play by Antonio García Gutiérrez. The operagoer who has not studied the work beforehand is certain to be baffled by the political struggles that form a kind of background noise to everything that happens on stage; and then there is the matter of the pirate Boccanegra (later Doge of Venice) who has been the lover of Maria, the daughter of his enemy Jacopo Fiesco, and who is shocked to find Maria dead but cannot offer up his bastard daughter, Amelia, as a peace offering to Fiesco because — well, he doesn’t know where she is! She got carried off after an old woman caretaker died. Or something like that. The mind reels.

Then 25 years pass. At this point it’s best for the opera lover striving desperately to be moved by the music and the story to boil it down to the usual “boy loves girl despite parental obstacles” plot. The boy in this case is Gabriele Adorno, sung by tenor Stefano Secco, an artist gifted with a plangent, beautiful lyric voice that never lets him or the listener down, and who looked (on this occasion) exactly like a hero sprung from the pages of a 1915 edition of the “Victor Book of the Opera.” The girl is Amelia (daughter of Simon and Maria, much to everyone’s confusion), sung by fabulous soprano Ana Maria Martinez who, I have to say, would be worth the price of admission even if the rest of the cast were not as excellent as it is.

Placido Domingo, of course, is the commanding presence of all of this, both as the Doge of Venice, the father of Amelia, and as a 71-year-old superstar who can do no wrong — even if one would much rather hear a true baritone in this role. He was up against some impressive heavies, too — the excellent Paolo Gavanelli (who as Paolo Albiani fatally poisons Boccanegra) and imposing, resonant basso Vitalij Kowaljow, who is amazingly reconciled with his foe, Simon, in the blanket clemency of the opera’s finale. The central Council Chamber scene, of course, is the opera’s most thrilling moment, with all hell breaking loose with patricians and peasants alike, but it always awfully puzzling to figure out just why everybody doesn’t end up dead or trampled to mush in the middle of it.

James Conlon, of course, lends the music a sense of unity and forward propulsion which the score itself truly seems to lack. The lighting of Duane Schuler was way too dark at first, and nobody seemed able to find a place on stage where a spot of illumination might catch their faces. The asymmetrical Italian perspective designs of Michael Yeargan seemed too budget conscious for the grand old LA Opera and were a far cry from the elaborate settings in the Met’s recent “Boccanegra”. Meanwhile. the director Elijah Moshinsky failed to clarify anything that was going on and characters were forever moving about in unmotivated stage crosses.

On the whole, however, I enjoyed this “Boccanegra” more than any other I have ever seen — and that is, I regret to say, quite a few. Not my favorite Verdi, but this one is better than you may have heard!