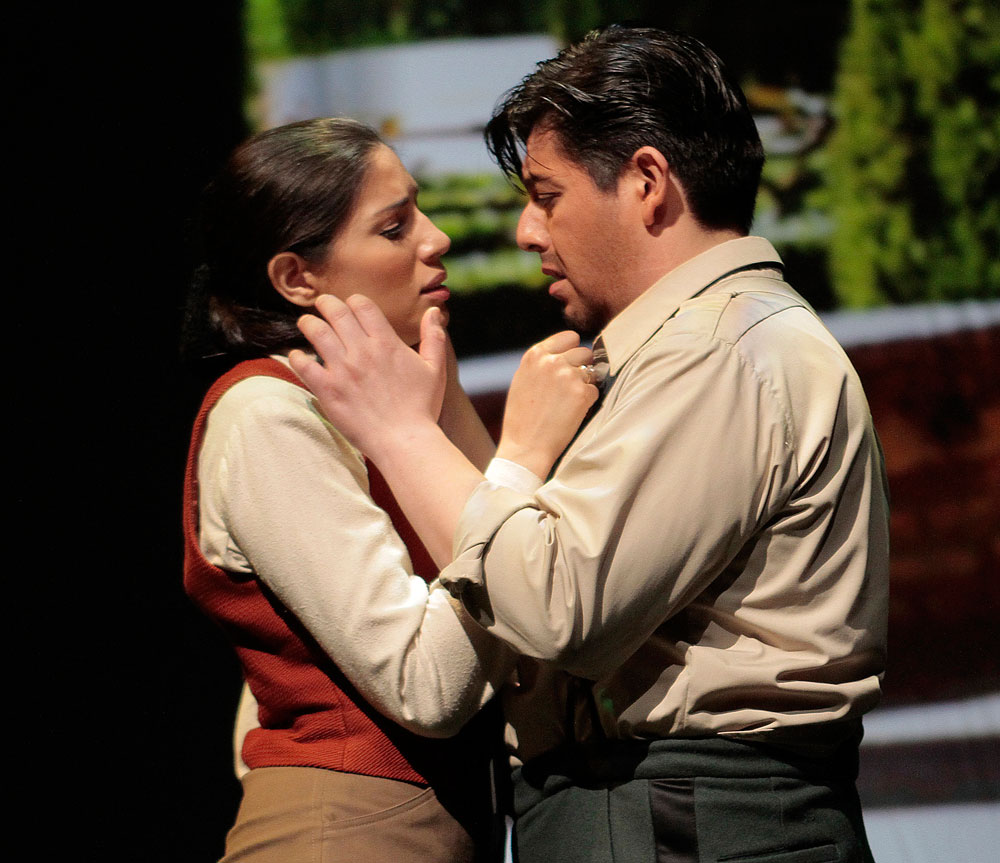 The world premiere of Dulce Rosa, by composer Lee Holdridge and librettist Richard Sparks. From a short story by Isabel Allende.

I absolutely cannot remember when I last experienced a major contemporary opera as stylistically retrograde as Lee Holdridge’s Dulce Rosa, now playing through June 9 at the Eli & Edythe Broad Stage in Santa Monica. Musically it is difficult to conceive of a more backwards looking work; and as a melodrama, nothing about it is too lurid to have brought a blush to the cheeks of the young Verdi. With various arias and duets and other set pieces, including a rather impressive sextet, Dulce Rosa could safely claim to be a neoclassical work. Despite this, it is so utterly old fashioned as to be radically progressive. For the Los Angeles Opera Off Grand to stage something this palpably un-modern amounts to a revolutionary act: it is simply astoundingly derrière-garde.

But the really good news perhaps outweighs the bad. The Broad Stage seems to be a fine venue for the presentation of smaller more intimate opera productions that have a limited possibility of drawing large audiences. And Holdridge’s score is so endlessly lyrical and so ingeniously compact in its construction that it commands a good deal of critical admiration. Furthermore, audiences who might be offended by atonality or the new tonal minimalism are likely to be beguiled from beginning to end. It also helps that the cast of singers is really superb.

With a libretto adapted by Richard Sparks from a short story, ‘Una Venganza’ (‘An Act of Vengeance’), by the Chilean feminist author, Isabel Allende, the opera, set in an unspecified Latin American “Capital City,” presents a slice of so-called “magic realism” in which Dulce Rosa, the beautiful daughter of the rich landowner and retired Senator Orellano, seeks revenge upon her rapist, a revolutionary guerrilla fighter, Tadeo Cespedes, with whom she ultimately falls in love. Such things happen, of course, and people of a feminist (or any) sensibility watch aghast.

The title role is taken here by the superlative Uruguayan soprano María Antúnez; and her cruel-yet-somehow-sympathetic inamorato (who has a winningly tearful tale to tell) is the excellent Mexican baritone, Alfredo Daza. Both artists bring appealing vocalism and persuasive dramatic involvement to their roles. The gifted tenor Greg Fedderly is especially effective as the Senator, an omnipresent and overbearing father figure who urges his daughter on to vengeance from beyond the grave. When he and his daughter were both alive, he would rather shoot her dead than see her raped, which strikes me as very stupid macho thing to want to do — but Rosa somehow convinces him to let her live and get even later. And yet, things end tragically for her when her affianced sweetheart, Tomas (impressive tenor Benjamin Bliss), returns from a trip to America and shoots Tadeo — or, oops — Rosa, who gets in the way and dies in Tadeo’s arms.

Surprisingly, the music, while always lyrical, is never kitschy and sentimental. Nor does it ever sound like Puccini or any other verismo composer. The style is emotional, but never sloppy and excessive. The composer truly has his own voice. Opera-goers who liked and/or disliked Daniel Catán’s Il Postino will recall how often the name of Puccini was evoked and how the composer was regarded as being old fashioned. But this Holdridge case is quite different.

Those interested in reading a more detailed synopsis by the composer — or even the full libretto, will find ample material online for the time being. The language of the libretto is, I feel, rather banal — but it’s possible to argue that bad poetry is easier to understand when sung than more artful language. In any case, my ultra-brief synopsis omits the mention of two important characters, both incarnated by superb singers: Rosa’s friend, Inez — the always excellent mezzo-soprano Peabody Southwell who has become a familiar and welcome presence in the productions of the Long Beach opera; and Aguilar, Orellano’s former portage and advisor, sung superbly by baritone Craig Colcough.

Domingo kept the small orchestra flowing along smoothly and efficiently and with fine attention to emotional nuances. The superb scenic projections, seemingly endless in their variety, were the work of scenery designer Yael Pardess and projection designer Jenny Okun. Durinda Wood’s costumes were handsomely executed, and the top-notch lighting was by Ann Militello.

“This is a new work of exceptional interest and represents a virtually radical neoclassical return to traditional operatic forms and ultra-tonal musical lyricism. DG 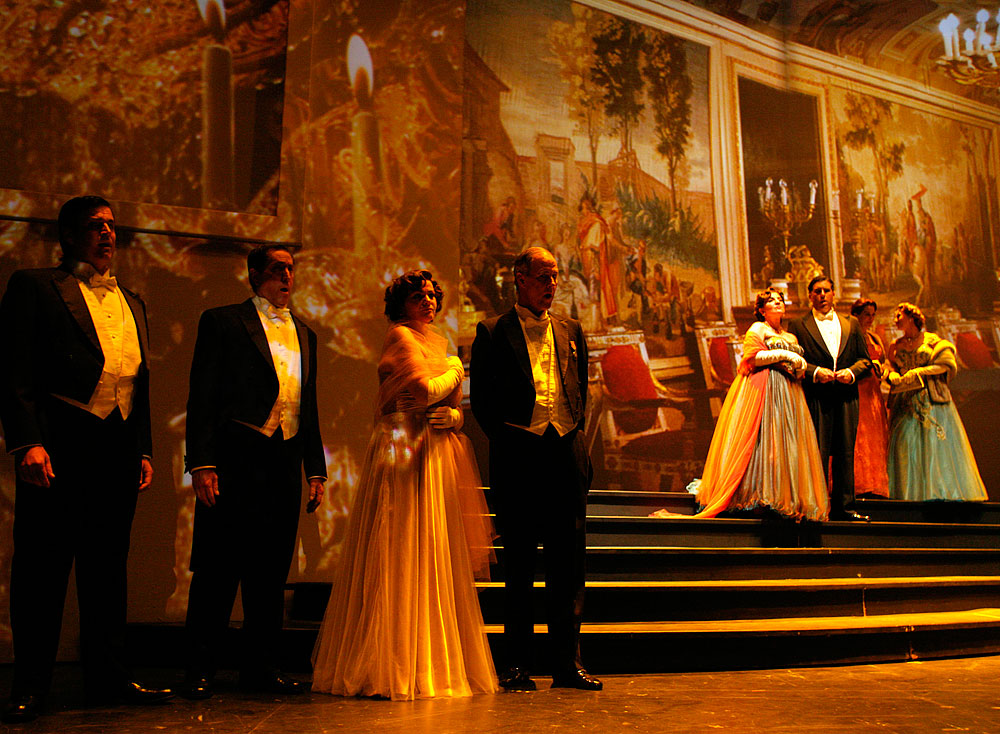 A scene from Dulce Rosa. Photo by Robert Millard.

Tickets range in price from $20 to $150 and are currently available in The Broad Stage’s “create-your own” subscription packages. Tickets to Dulce Rosa will be available for sale to the general public beginning July 30. For ticket information, please call The Broad Stage box office at 310-434-3200 or visit www.TheBroadStage.com.