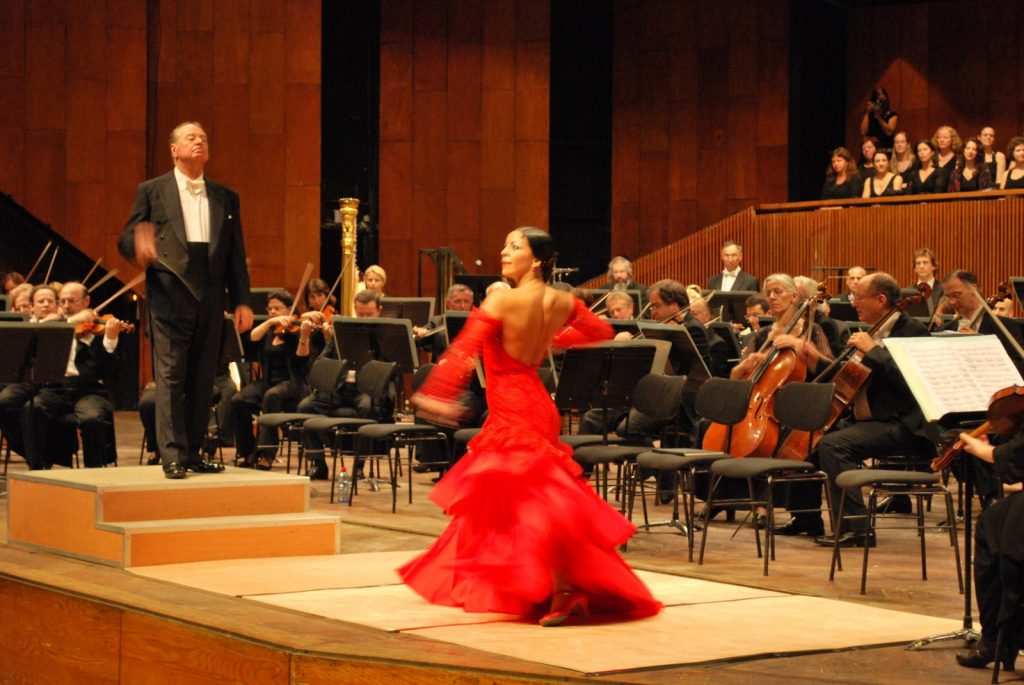 I have managed to make it to the ripe old age of 71 without ever having experienced a live performance of Manuel de Falla’s two-act lyric drama, La vida breve (premiered in 1913), but I have at long last had that pleasure thanks to a highly exciting concert version of the work just presented by the Los Angeles Philharmonic led by the famous Spanish conductor Rafael Frühbeck de Burgos, still going strong at age 79 — and one of the foremost interpreters of Falla’s music. His recording of La vida breve with soprano Victoria de los Angeles is a part of EMI’s Great Recordings of Century series,

Set to a libretto by Carlos Fernàndez Shaw, the story is simplicity itself, and certainly very, very Spanish. The whole plot might be the lyrics to a sad folk song. Salud, a young gypsy (a soprano role lusciously sung here in Disney Hall by mezzo-soprano Nancy Fabiola Herrera) is courted by a two-timing cad, Paco (the somewhat underpowered tenor Vicente Ombuena), and poor Salud dies at the sight of his getting married to another girl, the daughter of a prosperous Granada family. Well, she had been warned by her grandmother (wonderful mezzo-soprano Daniela Mack) — and then there was that odd Tío Sarvaor (bass-baritone Alfredo Garcia) wandering around. The whole sordid tale, such as it us, unfolds in about 70 minutes.

The work is unique. Falla grafts the dramatic and musical influences of Puccini and Mascagni verismo onto a hugely colorful orchestral score, full of Spanish character — particularly the dances. Even more pointedly national in style is Falla’s use of a cantaor (the marvelous Pedro Sanz — sans a much- needed microphone) and guitar soloist (the impressive Sr. Pablo Sáinz-Villegas). A chorus of men and women enriches the mix, with passages of wordless oohs and aahs strikingly prefiguring similar choruses in Ravel’s ballet Daphnis and Chloe. Otherwise these choristers are supposed to be wedding guests and, at the beginning, workers singing about anvils and hammers in a nearby forge. We learn that it’s better to be a hammer than an anvil, a piece of wisdom repeated rather too much, I fear. The fatalism of the story reminds one of the plays and verses of García Lorca, but the poetry certainly does not. The weak libretto, however, is easily overlooked. 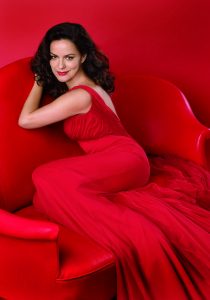 While it might be said the superb leading ladies stole the show, one of the most memorable vocal performances of the evening came from the choir stalls, the “Voz de la fragua” (voice from the factory), sung with dazzling force by tenor Gustavo Peña. And a truly superb flamenco bailarina, Núria Pomares, thrilled the audience in two flamboyant dance passages. Never have so many musicians played so loudly for a single dancer moving about a thin sliver, stage-left of a conductor. And the LA Phil was at its very best. The five horns coming in during the first dance were hair-raising.

It’s difficult to call this opera a terribly moving one, but it overwhelms the listener with its rich orchestral textures and many moments of visceral excitement.

Disney Hall, unfortunately, is not ideal for these opera events. I had excellent seats, but the orchestra very often overwhelmed the soloists to the point they were inaudible — and, because of the hall’s basic configurations, sight-lines are a major problem. Reading the projected titles can be a literal pain in the neck from many seats, and a large part of the audience has to look at the backs of the soloists. It is very difficult — indeed almost impossible — hearing any singer whose head is facing away from the listener. These are problems someone will need to address if the LA Phil is to continue its welcome and very special opera presentations.

As for the Beethoven — very nice Maestro, but way too heavy on the tympani!