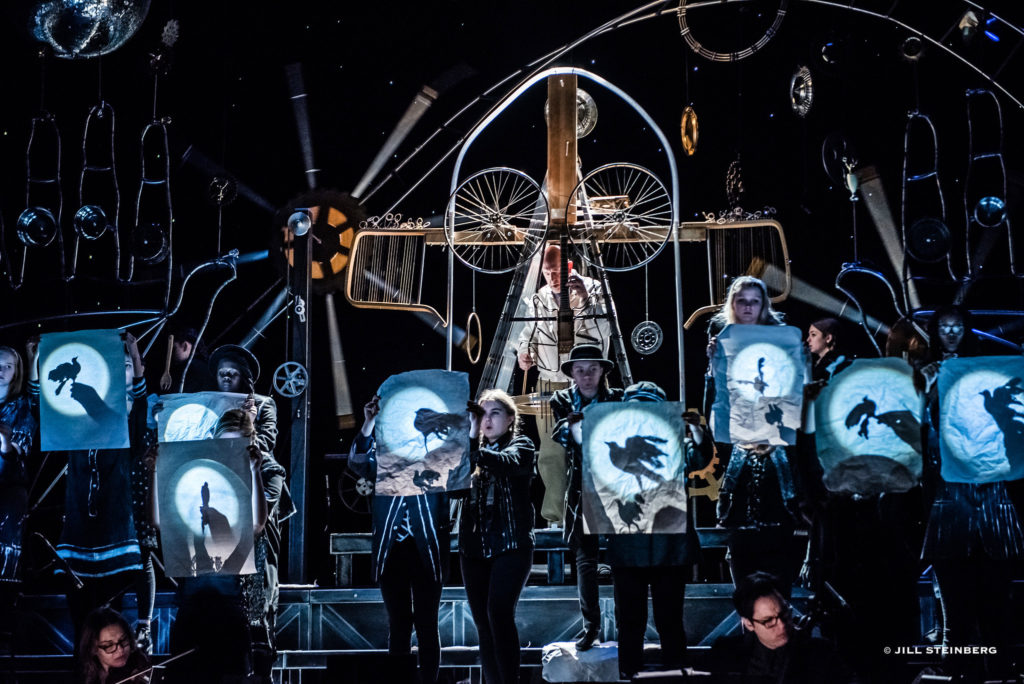 Paola Prestini’s Aging Magician made its San Diego Opera debut as part of the 2021-2022 season. It was originally scheduled to be performed in March of 2019 but was cancelled because of COVID-19, making San Diego Opera one of the first professional opera companies to cancel a performance due to the pandemic.

SD Opera advance press release: “This sweeping and inspiring new multi-media operatic work employs video projection, shadow puppetry, and cutting-edge stage craft to tell the story of Harold (Rinde Eckert); a man on his vibrant last adventure as he explores the allegory of time, youth and the peculiar magic of ordinary life. Accompanied by the award-winning Attacca Quartet and the famed Brooklyn Youth Chorus, Aging Magician moves us along from the surgical repair of a timepiece through the magic of time itself. Do not miss this heartfelt and vibrant masterpiece that Broadway World called “Timeless magic…shockingly beautiful.”

The approximate run time is 1 hour and 25 minutes with no intermission.

POST-OPERA TALK-BACKS: Stay after the performance for a Talk-Back. Once the curtain falls, there will be a 10-minute break, then join us back in the theatre where you can ask questions of the stars, cast, and find out what really happens onstage and backstage!